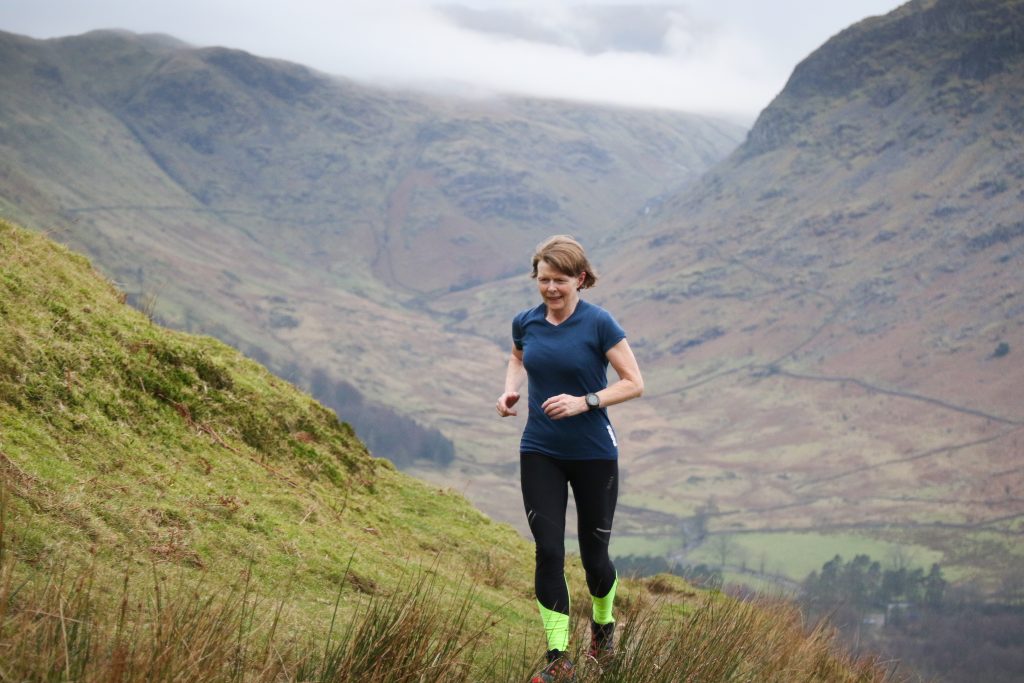 The Running Granny talks to our friends at Healthspan about how social connections can help boost mental and physical health and motivate you to achieve something incredible.

When Angela White, 60, began to feel dissatisfied with life, she started running in the hills in the Lake District near where she lives. She hasn’t looked back. On 28 September 2019 she set the world record for the oldest woman to complete the John o’Groats to Land’s End trail – in just over 18 days. ‘About ten years ago, I found myself in a situation that many women of my age might relate to. I was overworking, I was overweight and I was unfit. I had teenage children and elderly relatives to look after and I felt as if I was spread so thinly that I had no time for myself. 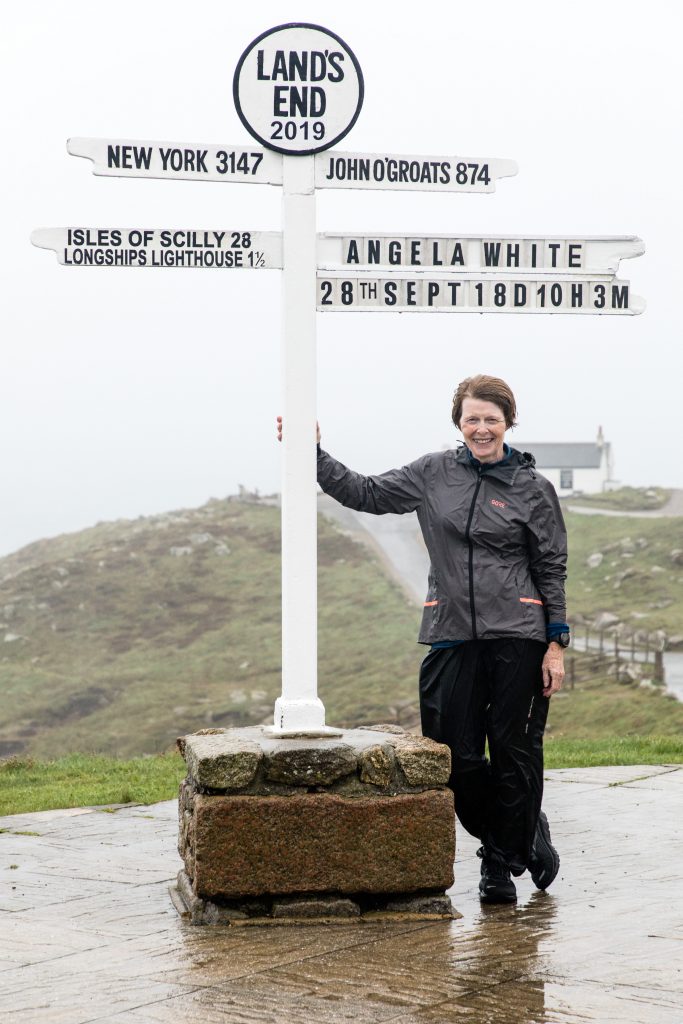 “I hope to show people of my age that it’s not too late to exercise.. you’re never too old to start”

‘The tipping point for me was when I started to feel a deep sense of dissatisfaction and I decided that if I carried on as I was, I’d be no good to anybody, so – however selfish I felt about it – I started taking some time to get out for a walk. Then, slowly but surely, I started looking at my diet and what I was drinking. They were small steps and I’m still taking them now, but I’d started making inroads to improving my wellbeing and I could feel the benefits. ‘So, when I saw an advert in the local shop for a small running group for mature ladies who might be returning from injury, I took a note of the number. Weeks went by before I got around to contacting the lady who ran it because I was worrying about whether I’d be able to keep up, worrying I’d look silly in my running gear – the ideas we all get in our head. But eventually, I did call and I went out to join her.

‘I enjoyed the running, getting a bit better with each outing, but I think it came secondary to the friendship I struck up with Sandra, who is 15 years my senior and was leading the sessions. Shortly after we met, I learned she was planning to do the Joss Naylor Lakeland Challenge, which is 48 miles across 30 peaks, with 17,000 ft of ascent, and she had 24 hours to do it. She was, and still is, an inspiration to me. She was 67 when I met her and she’d started running when she was 62. As well as a friendship that motivated me to exercise, I’d found something that gave me a sense of liberation and freedom – exercising in the open space.

‘Because of my own journey, I’m passionate about inspiring older people to get more active. That’s why I set myself the challenge of running from John o’Groats to Land’s End trail. It took me 18 days, 10 hours and three minutes and I was the oldest woman to complete the trail. I hope to show people of my age that it’s not too late to start exercising and that being active – and the social connection that comes with it – can help conditions associated with ageing.

‘I have mild degeneration of the knee myself, but it hasn’t stopped me exercising. I take glucosamine, chondroitin  and green-lipped mussel and there has been very little deterioration in my condition, despite the enormous mileage that I do.

‘Through my career as an NHS trauma nurse and orthopaedic surgeon, I’ve seen first-hand how changing your lifestyle can help prevent conditions such as diabetes, cardiovascular disease and obesity. It also helps to manage symptoms of anxiety and depression, which are often associated with these conditions. You’re never too old to make these choices, it just takes a few minutes a day and you’ll definitely feel the benefits.’